You may be surprised to find out that Germany is one of the top sandboarding destinations in Europe – and the one where the Sandboarding World Championship is held every year. The reason for this?

Germany is home to the world’s only sand skiing facility! The so-called “Monte Kaolino” dune near Hirschau in Bavaria is also the only dune surfing spot in the world with a lift.

Monte Kaolino is a dune formed by kaolinite clay located near Hirschau, in Bavaria. By the 1950s the pile of dune had grown large enough that people experimented with skiing on it and in 1956 a ski club was formed.

Uniquely to this hill, skiing is done directly on the sand and as a result, its operating seasons are the opposite as ski areas elsewhere – it only opens in summer, even though the area does get snow in winter.

The area was extensively renovated in 2007. In addition to the ski hill, there are also camping facilities, a pool, a geopark, and trails.

In 2009 a funicular elevator to the top of the hill was installed, making Monte Kaolino the only sandboarding facility in the world equipped with a lift. Because of this, the dune is where the Sandboarding World Championships is regularly held.

Hirschau is located in the Amberg municipality. The closest airport is Nuremberg Airport (NUE). You can take a train from Munich (MUC) to Amberg via Freising, Freising, Regensburg Hbf, and Schwandorf, and get there in a bit less than 3 hours.

From Amberg, it’s a 20 minutes bus ride to Hirschau. You can catch bus 455 to get there. 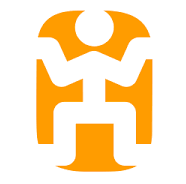 Discover the Magic of the Nevada Desert

Ódáðahraun, the little-known desert of Iceland

Surf the Sand is your n°1 portal on sandboarding, dune skiing, desert travel, desert running and desert hiking / camping in the desert. Here you can find information, guides, tours, best gear and accessories for your next desert adventure!

Sand-boarding.com contains sponsored links to marketplaces such as Amazon and eBay, which means we may earn a small commission if you make a purchase through one these links. This is at no additional cost to you and helps us continue to deliver high quality information on our website.